~ Happy First Year Anniversary Memo.Cash!
~ Happy Birthday to me as well!
~ Happy 1-Year being a member here too!
~ BCH the ONLY GREEN mark from CMC's TOP 20 coins. Up with 10% in 24 hours time-frame.

Unknown parent
This is fixed now. Thank you for reporting.
1 2 888

In the case that Memo only supports one chain, which chain do you prefer?

scriptSig
Sure, that's exactly what we need. Every law enforcement agency in the world trying to declare Bitcoin illegal.
BCH is permissionless so what are you gonna do?
1 2 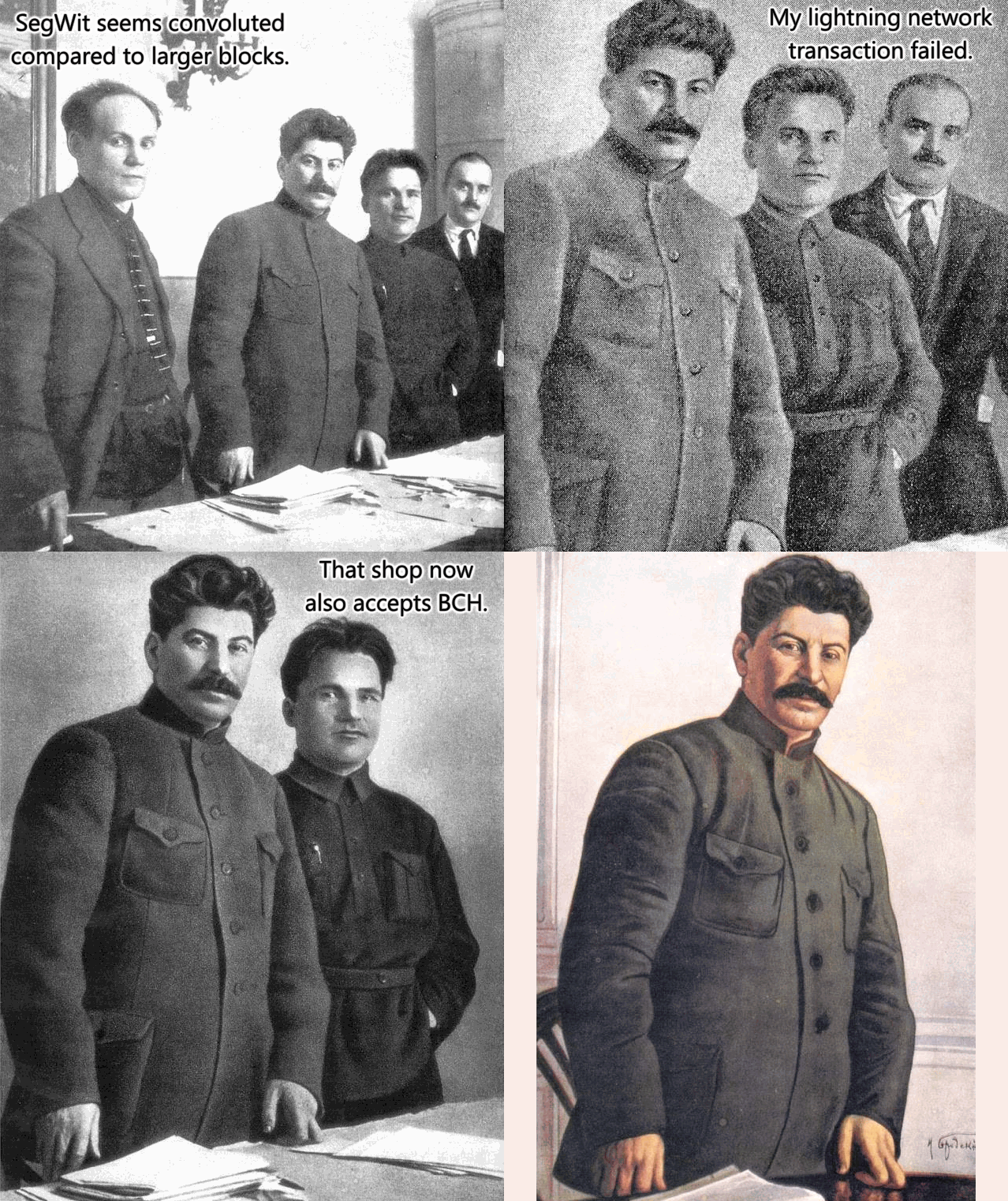 I made a design for somebody in Fivebucks.com but he didn't pay me, this app shold have a better payment system for who sells his work, practically. I made a free design for him... named nilspim
9 / 14 10 6,436

Barricade
We are still in the early days. Once adoption comes, upgrades should be mandatory only if a security bug is found.
On-Chain tech is getting 10y old and proven now. If the protocol gets not messed up again (noSW!) than BCH wins world adoption!
5 2,212

SILENTSAM
A global government would be higher than a nations government. The idea would be a global constitution that all governments are held to. Constitution are negative rights lists.
larger govs (ie tribes, city-states, then states, nations) have not reduced corruption/abuses of power. Why would yet another, larger gov “hold ppl” to anything?
2 / 10 3 10,000

We are still in the early days. Once adoption comes, upgrades should be mandatory only if a security bug is found.
2 / 3 4 1,212

Jonathan Silverblood
User feedback is important. If anyone tries CashID out, please let me know how well it works for you.
Is CashID somewhere implemented?
1 4 600

yoonski
There has to be a better way to onboard. @jason @memo can we set up a better portal? Instead of /need-funds, maybe we enter /topic/new_user.
We've got plans to improve this. Just takes time to implement and lots of other priorities.
2 7 14,212

Quetzalcoatl
Is CashID somewhere implemented?
There's an identy manager linked to from https://www.cashid.info/ and example requests can be found on https://demo.cashid.info/

Happy Thanksgiving from your Canadian Friends in the Great White North Eh :D
5 2,146