"All the major social platforms, Twitter, Facebook, and even Google, have been infiltrated by social justice warriors seeking to destroy meritocracy and bring banality to the world. They call it diversification. The truth is that it is racist, homophobic, sexist, and every other -ism that one could consider to be distasteful. The growth path of Twitter has ended, and the user base is slowly declining. The reason for it is that you cannot serve two masters. Organisations can seek to be the best at what they are and what they seek to deliver, or they can lose to the market and capitalism. Just as socialism failed because it could not measure the value of what people sought in society, many organisations are now finding that they will not be able to survive the infiltration of mediocrity."

The first one will be a warm up, then it's on to bigger things!

Not even a week ago Greg Maxwell got caught leading discussion in /r/btc.

Since then it is now largely forgotten and is a distant memory.

Where the conclusion of seemingly many on /r/btc is that yes it was Greg Maxwell, but what he was saying wasn't so bad. I.e they're happy with his content.

To put this in perspective, this is a person who co-founded Blockstream, a company which has probably single-handedly done the most distraction in the Bitcoin community.

/r/btc fails to address the elephant in the room.

Why would Greg Maxwell spend the last 9 odd months pushing narratives into /r/btc? Why would most of these narratives be focused on trying to discredit Craig Steven Wright?

Furthermore, why did some of the moderators of /r/btc ban the only users who actively called the soakpuppetry out? Why then after it's shown that it has been a long process of misinformation do those same moderators lift the ban, since those who have been banned have been shown to be cor...

A friend shared this with me, quite an interesting read:

Surly I'd be a big win, and such an easy win at that. Right?

Come on Vitalik, show everyone who's boss. By showing to a court CSW is lying.

Ever notice how key BCH people only talks about BCH compared to BTC.

Yet avoid at all costs speaking about BCH compared to BSV.

It's because it's a lot easier to beat nonsensical BTC logic, compared to sound logic of BSV.

It's in BCH's general interest to avoid challenging BSV, as it sheds more light on the truth than would be ideal.
1 4 14,001 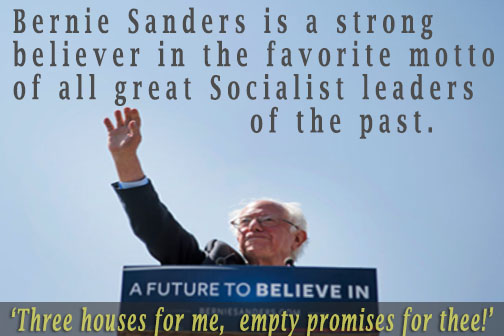 All in on BSV.

It's possibly the last shot for sound money.

I truly believe many Bitcoin cash supporters, who are generally early to Bitcoin will see this. It'll take some time and open discussion.

Today I learned that Vitalik B doesn't like #BSV.

So good to see all the infrastructure development happening on Bitcoin SV.
1 5 5,000

Is there benefit if someone creates a blog post of a human-readable breakdown of unwriter's tools from the beginning of the year and their practical uses?

TheLegendaryTwatter
File storage on a peer to peer payment system (outside of small documents or text) is just idiocy.
how about letting blockspace producers decide what they include in blocks and at what cost (we cant know yet if its stupid or not).
1 1 10,000

Christoph Bergmann
Technically, the road of SegWit and Lightning is conservative: It guarantees the stability of the decentral network of nodes, which constitutes Bitcoin technologically, while building an optional infrastructure which allows high scaling and growth of use. Seen from the side of the ecosystem, Lightning demands the maximum will to self-disrupt. It transforms every economic interactions made with Bitcoin in a way, whose consequences are unpredictable for users, companies and regulators. 7/8
The result is, that Lightning made Bitcoin to an experiment with an unknown outcome. It could happen, that Lightning does what it is promised to do and reinforced the needed growth. But it could also happen that Lightning transforms the entire Bitcoin ecosystem in a failed experiment of technocracy. 8/8
2 10,600

A financial bubble means that for an asset like Bitcoin the use as a store of value grows exponentially. The rules of math determine that this can‘t happen sustainable and that it reaches with a pace, that must seem surprisingly for human minds, the point where it is „too high.“ From here the use as a store of value decreases constrainingly. The bullmarket has become a bearmarket. To get out of it, to enspark another turn toward raising prices, there needs to be a growth in the use of the function which underlies the asset. For Bitcoin this is the p2p e-cash system.

Many technologists fail to understand this interrelation, because they ignore the ecosystem, which carries the growth of the use, or are only able to regard it as the source of an extrinsic effect on the technology, which has to be assessed by and for itself. Seen from a technical point of view, a growing use of Bitcoin causes negative effects. It makes it harder to predict the behavior of the p2p network and to guarant...