PJGrube
1268d · Bitcoin SV
#BSV Is not Politics, not religion, not currency, not a place, or a person.
It's apolitical, apathetic. Not anti this, pro that. #BSV stands on it's own. It is a system used, it doesn't promote. It must follow the Rule of Law or its doomed. Even your enemy will use it.
4 4,600

PJGrube
1245d · Bitcoin SV
"You see Bitcoin Is a stable protocol. If you change the protocol, you change it from being Bitcoin.
Please bet against me."
Craig Wright - Satoshi's Vision - The Art of Bitcoin
#BSV #WeChooseSV Get the book and read it: 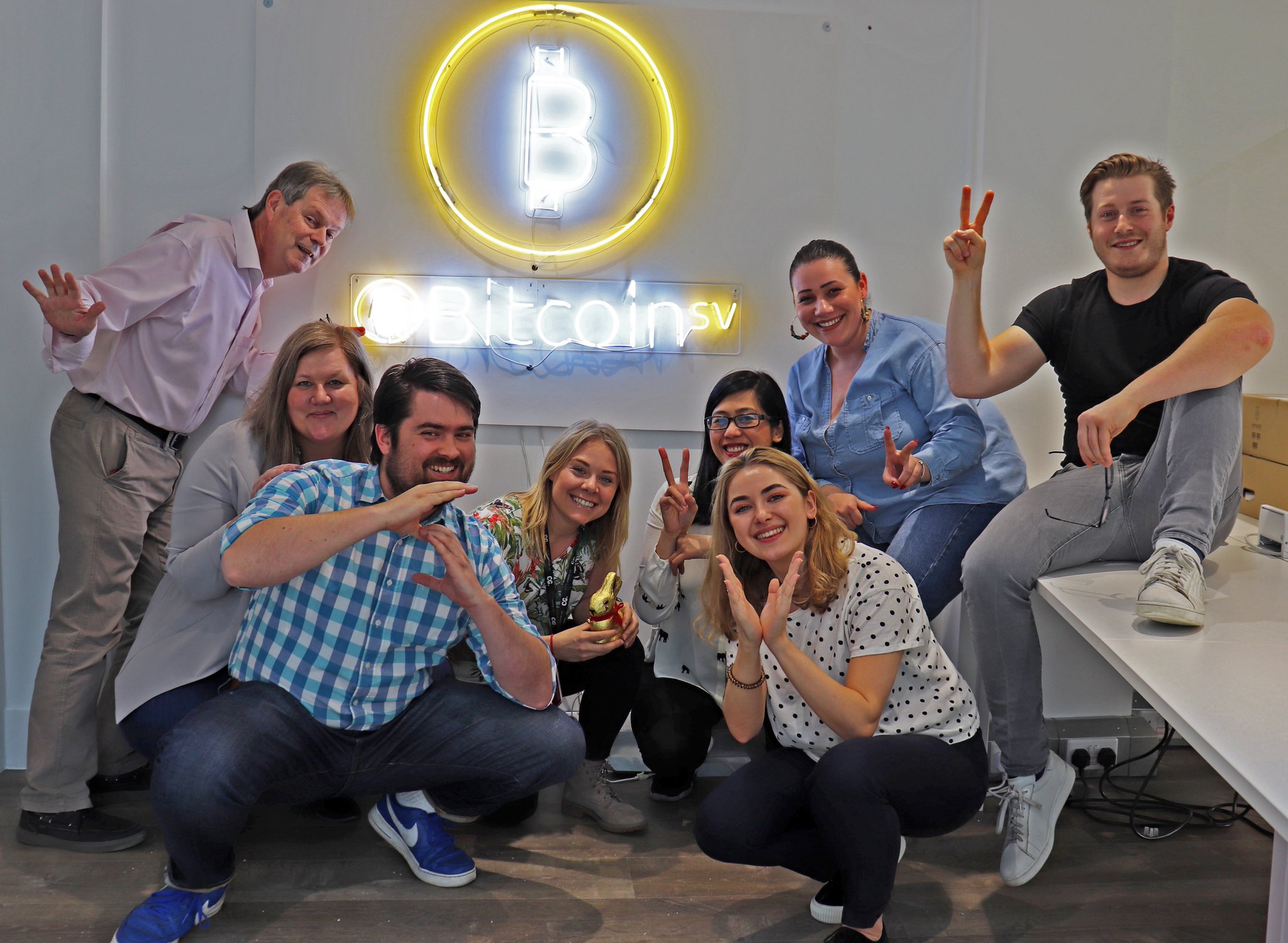 PJGrube
1316d · Bitcoin SV
What I find interesting is, if you are into #BTC for the money and then you find out that #CraigisSatoshi and #BitcoinSV really does it all, you could 55x your coins right now by trading them for #BSV and the realization that when #BSV flips #BTC in 2020 the value is stunning.
1 3 4,000

Vincents_keyboard
1402d
Today I learned that Vitalik B doesn't like #BSV.

PJGrube
1350d · Bitcoin SV
All of a sudden. Regulation friendly, Scale, Utility, Security only with the original #Bitcoin #BSV

Don't get me wrong. #BSV will be extremely valuable but adoption for consumes will be because they are buying something. For retailers because it does something. For data because its own-able immutable, secure and there's no reentry. You'll use it but you wont see it.

#BSV will be used to record/retrieve data, make/receive payments. It will increase in value but be used by Fiat. It wont matter the price because it is a vehicle of transfer. You're in you're out you did what you wanted with whatever app you're using. Price won't matter.
7 5,000

mungojelly
yay thanks for bringing memo.sv back online! it's challenging with these dynamic network conditions! and not very rewarding also i guess, no one seems to have noticed it's back!? :/ i mentioned it once on twetch, i'll mention it again more other places, i'd like if people started using memo again, it's awesome :)
Hi @memo, I am trying to post but it's letting me know I need some #bsv to get started...
1 / 2

PJGrube
1312d · Bitcoin SV
Why is the biggest flip in history coming? #BSV vs #BTC
Because #BSV is the Real Original #BitCoin and is the only Coin with massive on chain scaling to create a sustainable transaction based mining income. Miners are moving to #BSV money. #BitCoinSV rules and #craigissatoshi

PJGrube
1353d · Bitcoin SV
I am so stoked. I don't have to pay the ridicules fees at Coinbase any longer. I can now make fee-less debit card transfers to my Robinhood account and buy the original #Bitcoin #BSV finally a simple painless direct way to move dollars to #BSV - Wonderful - https://share.robinhood.com/patricg2124
4 3,000

Vincents_keyboard
1388d
All in on BSV.

It's possibly the last shot for sound money.

I truly believe many Bitcoin cash supporters, who are generally early to Bitcoin will see this. It'll take some time and open discussion.

Fivebucks
1491d
Now you can do a live action video ad for only $5 in Bitcoin SV on Fivebucks ┗(°0°)┛#bitcoin #bitcoinsv #bitcoincash #bsv #bch https://fivebucks.com/listing/videoproud/do-a-20s-live-action-video-ad
3 1,000

PJGrube
1185d · Bitcoin SV
What will journalism be like when implementing #BSV blockchain systems? All stories will have verification of journalist credentials coupled with news agencies credentials coupled and compliance with codes of standards of practice/ethics, and of course, coupled with validated story sources; All compressed into a two category five star rating system - Story and Journalist
4 6,000

PJGrube
1190d · Bitcoin SV
Is #BSV universal? Do you want everyone to use it?

PJGrube
1218d · Bitcoin SV
The truth formula is all positive numbers. And a lie can never compete because of all of the negatives. #TruthChain
#WeChooseSV
#BSV

PJGrube
1240d · Bitcoin SV
I believe Governments, Banks, Central Banks, Payment Providers should use #BSV blockchain. We need to meet these groups head on with serious solutions to make their jobs easier. Transition from corrupt systems takes time. We need to lead the way. #WeChooseSV
Right now is a great accumulation moment. Remember we have the 'tech' on our side. No one even comes close. Government, Banks and payment providers are the real competition. They are the ones that need convincing or replacing. The rest is noise. #WeChooseSV #BSV Buy Now
4 3,600

PJGrube
1298d · Bitcoin SV
#BSV is NOT politics or religion, It is worst thing that could happen.
It's apathetic.
Go ahead use it for your political and religious things, but, don’t confuse a universal system of social and economic connection with political or religious movements.
2 1,000